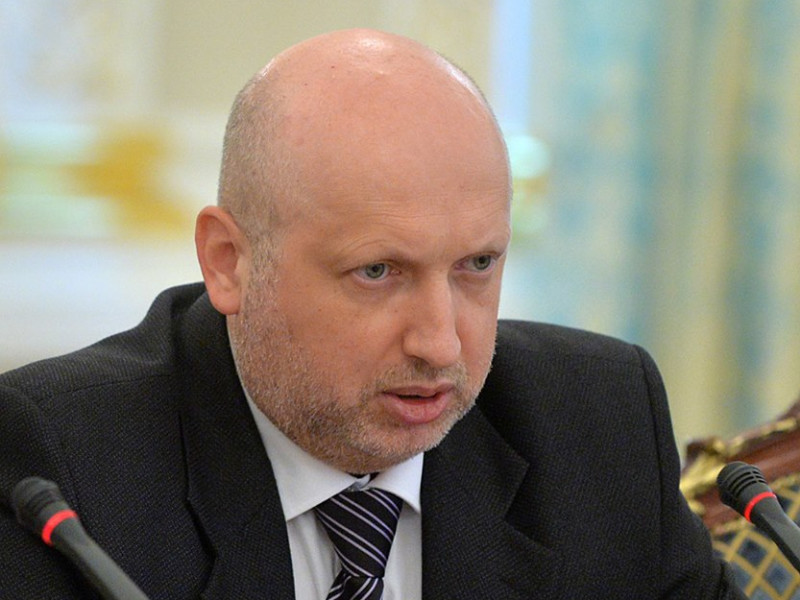 Friday, November 13, 2015. This date became a black page in the European history. Having started at the stadium where the football match was held, the bloody wave of terrorist acts swept Paris. Fusillades in the city center at cozy restaurants have become a prelude to the takeover of concert hall, where 89 were killed.

Every shot of terrorists, even not a deadly one, spread panic and fear, sense of helplessness and vulnerability. This black Friday brought 129 deaths. 129 lives were taken away...What was that? Why?

Today we may say that these were unusual acts of terrorism. This was a well-planned action as part of the hybrid war waged against Europe.

A hybrid war is a relatively new concept that emerged in current century. This type of war combines fundamentally different types and ways of conducting of military actions, applied in a coordinated manner to achieve the stated objectives. At that, the party-aggressor may formally not declare war and try to publicly stay aloof of the conflict unleashed by it. Typical for the hybrid war is the use of both classical warfare techniques (usage of regular armed forces, modern weapons and military equipment) and paramilitary forces (terrorists, saboteurs, guerrillas, provocateurs etc.), as well as the other forms and methods of inflicting substantial damage on the enemy - economic, energy, and environmental, in conjunction with exercising of powerful information and cyberattacks. That is to say, the range of methods is rather wide starting with the controlled bloody terror and sabotage and up to funding the dirty information campaigns and radical political projects. The hybrid war has the only purpose - through combining external aggression and internal destabilization to destroy the adversary or to force him to take decisions necessary to the aggressor.

This was exactly what Ukraine has been facing starting from February 2014. For almost two years Russia has been working off on our country the methods of waging a large-scale hybrid war. The first step was the occupation of the Crimea by the Armed Forces of the Russian Federation. After that - the war in the East of Ukraine, waged by the regular units of the Russian Armed Forces under the guise of criminal-surrogate forces or so-called "militants"; sabotage and terrorist attacks in Kyiv, Kharkiv, Odessa and other regions; powerful information and cyberattacks; attempts to destabilize the internal situation in the country, economic and energy pressure; provoking and supporting separatist and extremist actions of radical forces etc.

But, as it turned out, the Crimea and the East of Ukraine was only the beginning for Putin. The beginning, which broke down the system of collective security, breached European borders and changed the parity of forces in the region. And now hybrid war, waged by Russians, begins to spread over Europe.

The President of Bulgaria Rosen Plevneliev recently stated that Russia has already unleashed the hybrid war on the Balkans to destabilize the whole of Europe. He accused Moscow of massive cyberattacks on state institutions of Bulgaria and of a tenfold increase in the number of violations of his country's airspace by Russian military planes. Violations of airspace and maritime borders of the Baltic States and Scandinavia by Russia are no surprise for anyone. European mass media are full of intrusive paid publications and TV stories with dirty lies about Ukraine and statements of how important it is to be friends with the "good Russians". Information expansion is always a prelude to military expansion. The Crimea and Donbas have taught us on this. Have taught us, but not Europe! The scandals regarding Russia financing ultra-right political forces, in particular, not by chance, in that same France (Marie Le Pen's party "National Front" has received a € 9 million "loan" from the First Czech-Russian Bank for party activities), unfortunately, have not reduced their rating and influence...

Aerial bombardments of Syria by Russian air forces have rapidly intensified the uncontrolled flows of already quite large number of migrants to the EU, which has become a serious impetus to destabilize the situation in Europe.

At this point, Russia conducts powerful missile-bomb strikes not at the European Union, but so far at Syrian provinces of Latakia, Hama, and Homs. However every explosion not only causes deaths but also results in waves of thousands of refugees, who are forced to flee from death, leaving their totally destroyed homes.

Therefore Europe has become not only an observer but also the target of the hybrid war, unleashed by Russia on the continent. Putin forced Europe to spend significant means and resources on solving migration problems, the scale of which destabilized the EU. The goal was not only to divert attention from the Ukrainian issue. The unique conditions were created for thousands of trained and armed terrorists and radical Islam supporters to infiltrate Europe. In its turn, the dramatic increase of the terrorist threat, which significantly exceeded the threshold of effective response of the European intelligence services and other government institutions, caused the tragedy in Paris.

In fact, the effectiveness of using of migration topic in hybrid war inspired Russia to change the official conditions of staying of Ukrainian citizens in Russian Federation. The preconditions for the deportation of our citizens and infiltration of specially trained anti-Ukrainian elements to Ukraine in order to further destabilize the situation are being created. Obviously, the substantial part of labor migrants will be directed also to the states of European Union. By doing so, Russian leaders, not really hiding their intentions, aspire to inflict additional migration impacts at Europe as well as to raise doubts about the possibility of the visa liberalization between Ukraine and the EU in 2016.

Kremlin's hysterical reaction to the destruction of the Russian bomber by the Turkish military makes an impression as if it was shot down not over the territory of sovereign Turkey but, at the very minimum, over the Red Square in Moscow. In a warlike ardor without any particular evidence, Putin accused Turkey of cooperation with ISIS in the issue of illegal purchasing of oil. In the meantime, according to the US sanctions, adopted on 25 November 2015 against the persons cooperating with ISIS, in particular, in illegal purchasing of oil, exactly Russian representatives (K. Ilyumzhinov, D. Hosvani, "Russian financial alliance" Bank etc.) are the figurants of such dubious activities. It is clear that such cooperation with terrorists could not take place without the approval of the Russian leadership.

Let us return to the bloody terrorist attacks which took place in France. There is no doubt that the country's leadership is trying to do everything to protect its citizens.

On November 17, in his speech delivered to the parliament, French President stressed on the need to consolidate efforts with America and Russia in the fight against terrorism. And Putin immediately starts to pose in front of TV cameras in Antalya during the G-20 summit, where the leaders of major states smiling shake his hand.

The world history knows enough examples of using one terrorist group to fight the other terrorist group, but none of such cooperations had a "happy end". The cooperation of particular Western intelligence services with radical and terrorist organizations in the Middle East ended up in a tragedy. As early as the 70s of the XX century, those organizations were tried to be used as a barrier against the communization and dissemination of Marxist ideology among the Arab countries.

We can recall the very same Afghan Mujahideen, who were armed, financed and trained to fight the Soviet troops in Afghanistan and who, having reached their goal, turned the weapons against their sponsors.

The same thing can be told about the well-known today "Al-Qaeda". Former British foreign minister Robin Cook explained the origin of the name of this terrorist organization at the hearings at the House of Commons. "Al-Qaeda" is an Arabic abbreviation of the phrase "in the database". That means that at first this organization was a computer database of thousands of extremists, who initially performed the tasks to counter communist expansion in the Middle East. But how did it end?

"Al-Qaeda" has a substantial combat experience, enough weapons and, in some aspects, it competes with the "Islamic State" terrorist group. But nobody dares to propose to consolidate efforts with "Al Qaeda" in order to fight ISIS. At the same time, by the scale of the terrorist threat to the international community and by the harm that it caused to the system of collective security, Russian Federation leaves "Al-Qaeda" far behind. Because Russia, applying a classic terrorist scheme, captures not airplanes or concert halls, but the entire Crimean peninsula, takes as hostages millions of people, who live at the occupied territories of Donbas...

At the same time, unfortunately, most of the Western politicians do not see the obvious thing: Russia is getting prepared for the serious and large-scale war. In the East of Ukraine they mastered the technology of ground operations using powerful artillery and multiple launch rocket systems. In Syria Russia carries out military training and works off the combat use of its warplanes and missiles. Just recall the recent attacks on Syria conducted with the help of combat missiles, launched from strategic bombers Tu-160, Tu-95MS, Tu-22MZ, from submarine "Rostov na Donu" or from the warships of Caspian Flotilla.

In such a way Putin tests the accuracy and efficiency of target engagement with marine-, air- and underwater-launched cruise missiles. We must remember that these same missiles can carry nuclear warheads. It looks like Russia uses the war in the Middle East not only to preserve the Assad's regime and its Mediterranean naval base in Tartus but also as a free proving ground for demonstrative exercises in combat employment of powerful weapons. Russia trains, increases its combat potential and, obviously, is preparing to anything but peacekeeping operations.

Therefore, the aggression of the Russian Federation against Ukraine, which began in 2014, has become a long-term factor of influence not only on Ukrainian but also on the global political, economic, military and social reality. A new type of war - hybrid by its form and asymmetric in its essence - has distorted the system of global and regional security as well as the current system of international law.

We must clearly realize that Russian regime is not going to stop. It creates and uses "flash points" to test new weapons and to work off new warfare tactics, for gaining combat experience by its military units, and to exert pressure on unyielding countries. Putin wants to implement the "revenge geostrategy" at any cost.

The failure to see the Russian threat, the attempts to interact with the country which disrupted the world order, has occupied a part of the independent state, with the country that threatens to use nuclear weapons, furthers destabilization in Europe and in the world, with the country that does not value life even of its own citizens, - means to condemn and provoke a transformation of local military conflict into a global one. This means to legalize the crash of the world order and to contribute the oncoming of the moment when cruise missiles will fly in the other direction.

The alliance with terrorists to fight terrorism is a madness that will provoke even greater aggression and violence. This alliance will result in the increase of casualties among the civilians. The attempts to negotiate with Russia and Putin trigger the mechanism, which went off on the September 11, but its scale will be more terrible and atrocious.

An effective and informatory response should be given to the Kremlin instead of offering cooperation. This response should be consolidated, comprehensive and adequate, in line with all the components of the hybrid war unleashed by Moscow: military, economic, financial, legal, informational, cybernetic...and, which is the most important, it should be efficacious! 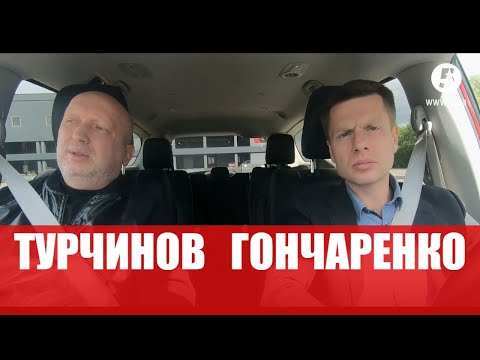 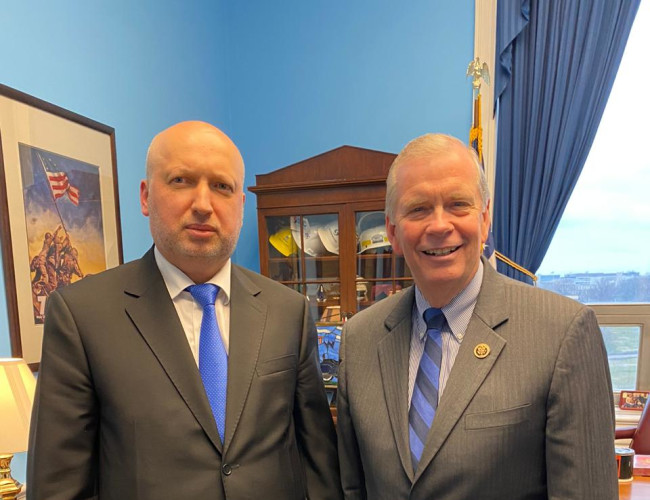